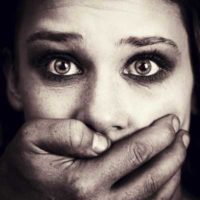 A sneak-peak excerpt from my memoir, Zero First:

I was allowed a twenty minute birthday call home. It was a big deal since phone calls were extremely rare. Most kids only talked to their parents two, three, maybe four times a year. Calls were recorded, and staff sat next to us to make sure we weren’t trying to talk our parents into bringing us home. If you told your parents about the Program’s abusive practices, staff would hang up your call and later tell your parents there was a spotty connection.

There was no way to get the truth out. Besides, on the rare occasion a student was able to tell their parents what was going on, they didn’t believe them. The Program prepared them by saying we’d make up lies. Parents were told to not believe us if we said we were being beaten or sexually abused. Not only did parents not believe their kids, but most also reported their child’s disclosures back to the Program, and the kids would receive swats for “lying.” You learned to keep your mouth shut.

As the others started evening chores, Sunnie called me out to the front porch for my call. She handed me the phone, the cord wrapping around the sliding glass door. A tape recorder rolled next to me and she plopped next to it, rocking in her creaky metal rocking chair as she dialed mom’s number.

Mom picked up on the first ring. “Meaghan!” she exclaimed. “Happy birthday!” Her voice sent me into tears, and a flame of outrage sparked in my chest. I hated her for abandoning me here, but I also longed to hear a familiar voice. Home felt so far away. “Thanks,” I managed to say through my tears.

“I’m fine,” I gulped, looking over at Sunnie staring back at me. I’ve never been a soft spoken person, and brevity isn’t my strong suit either. My short, terse responses raised mom’s red flags.

“Are you OK? You don’t sound good...” she pressed with more urgency.

Sunnie couldn’t hear what mom was saying, but the tape recorder could. “Yes,” I replied, hoping my short code would tell my mom all she needed to know so she’d hop on a plane and rescue me.

“Oh, thank heavens,” she breathed out. “I’ve just been so worried about you. I knew they’d take good care of you, but it was so hard to leave you on that island.” The next fifteen minutes consisted of her telling me how hard it was for her to have me away, with a few rotations of family news in between: Kyle’s baseball team won some award, Gramps had gotten pneumonia but was better now, Dad wasn’t home but said “hi”. I grunted a few replies and gave “Mmhmms” to make her feel like I was listening. Inside, my head was spinning. What could I say that would tell her I was in trouble, but I couldn’t actually get in trouble for saying? I wouldn’t have another chance to communicate with her for a long time, probably many months. I had one shot to let her know how bad it was. Sunnie tapped her watch, giving me a two minute warning.

“Mom,” I said, interrupting her telling a story about some second cousin’s bunion surgery. “Did you sign something saying they could hit me?” Sunnie slapped my leg and her eyes bulged out at me.

“What are you talking about Meaghan?” mom gasped.

“They said they can legally whip me here,” I spat out before Sunnie could hang up the phone, but instead of slapping down the receiver, she just kept waving her index finger at me, silently demanding I stop talking about their corporal punishments.

“Don’t be ridiculous,” mom said. Then things got quiet for a few moments.

“I’m sorry to see you’re using this time to try to manipulate me,” she jested. “I hope you open up there and really think about what you’ve put this family through.” My heart stopped. The flame of outrage in my chest burst into a raging fire. “Time’s up!” Sunnie firmly announced as she flung her palm out at me and wiggled her thick fingers for me to hand over the phone.

“I gotta go,” I said, trying to keep my rage in check.

“Happy birthday Meg. I love you,” mom said as I handed over the phone. Sunnie shot me a nasty glare then popped her head into the living room where Derrick was reviewing point sheets as the girls cleaned around him. “Derrick we have a problem,” she whispered to him.

He jumped up. In two steps he was on the porch ordering me into push up position. “What happened?” he asked Sunnie as he hovered above me.

“She asked her mom about swats,” Sunnie said quietly.

“Is that right?” Derrick scoffed. “You thought it was OK to use your birthday call to manipulate your mom?”

“The guy at orientation said she signed a paper allowing whippings, and I was just asking...” I shot back.

“Watch your tone with me,” he interrupted. “You may have talked to your dad like that, but you will not speak to me like that. Give me twenty, then twenty burpees, then back to push ups until I say stop.”

I started my exercises as he rewound the tape to listen to the call. “Go back with the girls,” he told Fawn. “Close the door behind you.” Fawn skirted past me and I heard the door slide shut. As he sat listening to my call, he ordered me to do more exercises. When the tape ended, he told me to get up.

He stood up from the chair and got toe-to-toe with me. His stomach was now inches from mine. He smelled like a mix of sour grapefruit and failing Speed Stick deodorant. “Look at me!” he barked. I followed his order, worried he was about to hit me. There were no witnesses on the porch now. The closest boys’ house was across the dark casita and no one was outside to hear us.

“You’re so curious about swats, huh?” he bellowed dramatically. He opened the sliding glass door. “Sunnie, tell Dick to meet us at the school,” he yelled into the house. “Follow me,” he ordered. My stomach sank as I marched behind him. The other girls looked worried for me as I rushed past them. He jumped on his motorbike and took off. I ran down the casita with him, one hand touching the side of his bike, as required of a zero leveler.

When we approached the school he ordered me to stand straight against the wall, my nose nearly touching it. A few minutes later I heard another motorbike drive up. “What do we have here?” the man named Dick asked Derrick. I later learned he was the director of the school.

“Meaghan got here a week ago,” Derrick replied. “She used her birthday call tonight to talk to her mom about swats. I thought we should get over this curiosity of hers.”

“I see,” Dick replied slowly. I heard them smiling behind my back. “Well, let’s show her what they are.” He unlocked the door next to me and ordered me to step in behind him.

“So you want to meet Mr. Black and Mr. Brown,” Dick smirked as he pulled out their two whips. They were both made of leather, almost a half-inch thick. One was black, the other brown, hence their names. They were roughly the same size, 6 or 8 inches long and four inches wide with short taped handles so staff wouldn’t lose their grip when they struck you. “Which one do you really want to get to know?” he taunted.

“Neither, sir.” I replied quietly, looking at the ground.

“You’ve come this far. You should at least get to know them,” Derrick cackled. “Dick, why don’t we introduce her to both.”

“A swat each? Sounds good to me,” Dick confirmed.

“Alrighty. Drop your shorts and bend over with your chest and arms laying on the table,” Derrick instructed. I couldn’t move. I’d been strip searched before in Idaho, but I never had to get undressed in front of male staff. This didn’t seem right.

“Now. Or you’ll get more than just two,” Dick boomed. “You’re getting off easy here.” I mechanically dropped my nylon shorts to the ground and bent over on the table. I was relieved the Program made us wear large grandma-style underwear. I buried my face into my arm and closed my eyes, holding my breath as they grabbed Mr. Black. I tried to get my mind to drift off to the safety of the Gray Place, but I was so frightened my brain couldn’t escape the reality in front of me. I knew I was going to get hit, but I was terrified I might also get raped.

I heard the whoosh first, then felt a punishing sharp sting to the bottom of my left butt cheek and the top of my thigh. The shock of the impact echoed up my spine and down through to my ankle. The sting lasted for a good five seconds before I was distracted by the pain of the second swat, this one executed with Mr. Brown. They hadn’t bothered to switch sides. The second one landed closer to the inside of my thigh, and I was relieved they didn’t strike my vulva. “OK, it’s over. Pull your pants up,” Derrick said. “No more talk about swats. You will obey us, or you’ll be in here again and get a lot more than two. Got it?”

My eyes met his. I let my eyes rage while my mouth politely responded “Yes sir.”

I don’t remember much else about that night other than lying on my stomach in bed, crying as quietly as I could. The fear, humiliation and pain had crushed me. I never wanted to get swats again. I promised myself to conform to whatever these sadistic freaks wanted me to be.

And just like that, they did it. They broke me in a week. 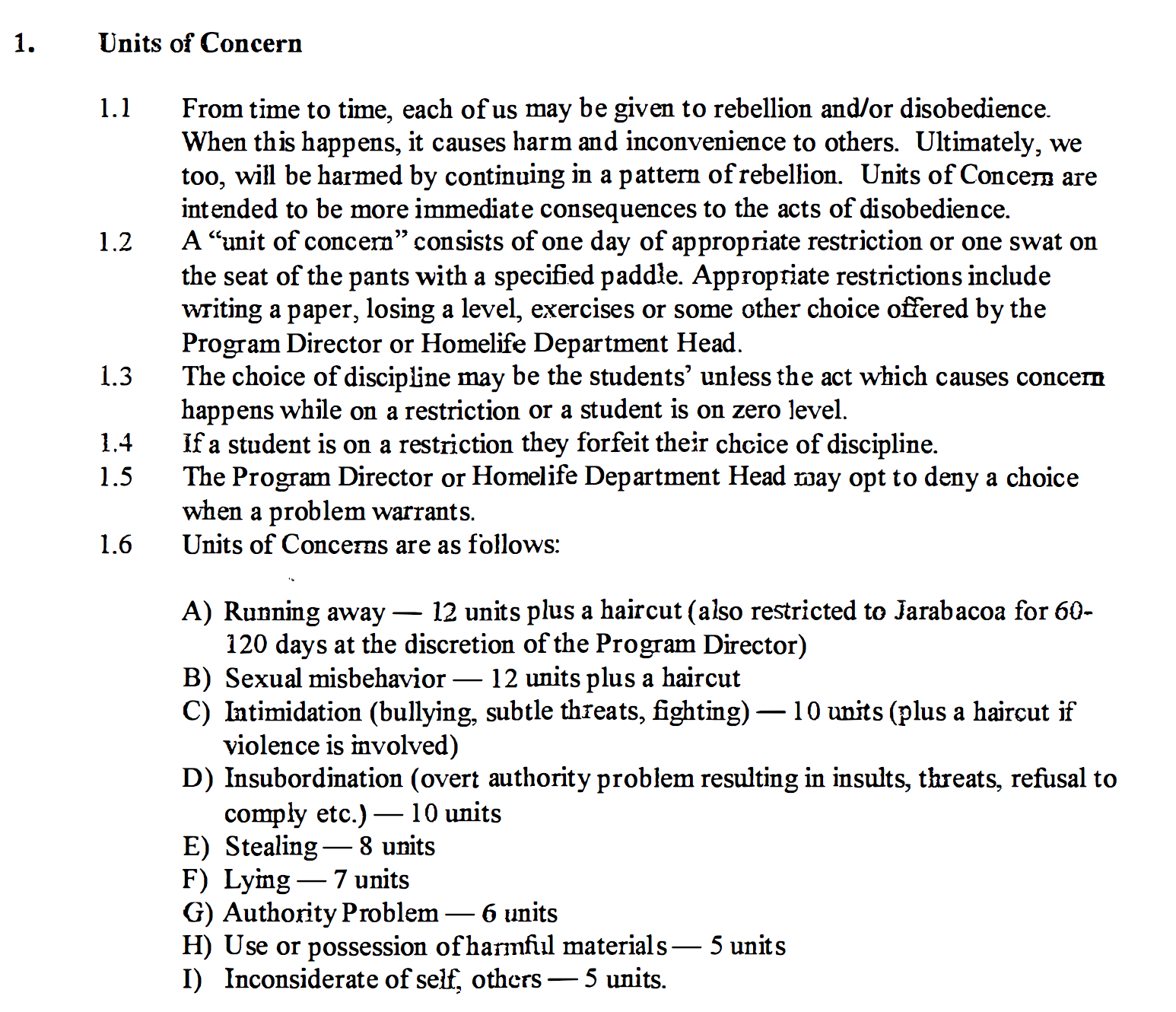 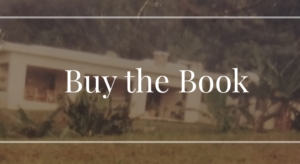